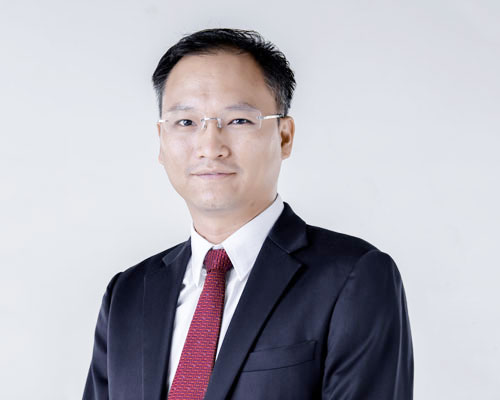 As CEO, Mr Than Htaik Lwin leads the strategic planning and sets the culture, mission and vision of the Proven Group of Companies.

Mr. Lwin has a Bachelor of Science degree in management, marketing and small business management from Bemidji State University, USA. In 2005, he was appointed general manager of the battery manufacturing company, Proven Technology Industry Co, Ltd (PTIC), where he oversaw the technical transfer and selection of machinery and of suppliers as well as implementing the sales and marketing strategies. In doing so, he built the company’s reputation with its customers and stakeholders and has shown his leadership and in-depth operation knowledge by achieving various international standard certificates, including the ASEAN Occupational and Health Safety Best Practice Award.

Mr. Lwin became Chief Operating Officer in 2010 and Group Managing Director six years later.
During the 2016-17 financial year, he oversaw the negotiation and selection of the technical knowhow and fundraising that transformed Yangon Metal Industry Co., Ltd into the largest and most environmentally-friendly secondary lead recycling facility in Myanmar.

His dedication led him to to be elected as the Chairman in Yangon Region Young Entrepreneurs Association (YRYEA) as well as Chairman in Myanmar Automobile Development Public Co., Ltd. In 2019, he was awarded the Young Alumni Award by Bemidji State University, U.S.A, during its 100th Year Founding Anniversary and Gala Dinner as a recognition of his achievement and contribution to Myanmar society.